Finding the Future: “Getting to Yes” Interview with Karla Henderson

Last year, the City of Bloomington Minnesota hired Karla Henderson to help steer the city’s redevelopment as Director of Community Development.  She is well qualified for the job since she served in Detroit Mayor Dave Bing’s inner circle and brings a wealth of experience turning around neighborhoods to her new job in Minnesota.

Early in her career, Henderson made a critical decision to move from Ann Arbor back to her hometown of Detroit. “I really felt like my hometown was going through a crisis with the former mayor being convicted and going to jail. I remember hearing about Dave Bing running for mayor and got kind of excited about that. I did not know him, I’d never met him, but really felt like this was a fresh start for the city.” 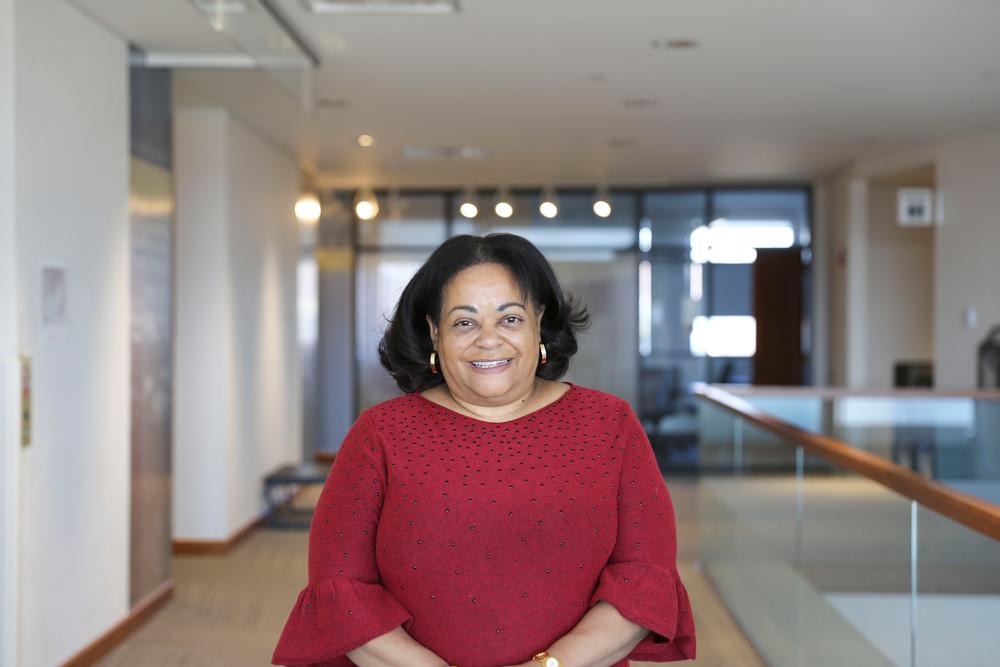 Henderson reached out to his team and landed an interview and the top job in the City’s building department.  “I used a joke that was every gal’s dream job to be over the building department. But I got there and I understood quickly that we touched everything.” Henderson oversaw a large team of 300 staff members and a hundred inspectors covering everything from zoning and inspections to property maintenance and demolition.

About six months later, Mayor Bing approached her to take on the role of Group Executive over planning and facilities.  In that role, she tapped into HUD dollars and expertise from the Obama administration to begin the work of reinvesting in Detroit’s neighborhoods.

In a move that some might see as a step down from her leadership roles in Detroit, Henderson decided to move to Minnesota during the Covid pandemic to be near family. “I always believed that a job either pulls you away or pushes you away. This job pulled me here.  You’ve got the Mall of America, you have the equivalent of the University of Michigan for Ann Arbor, this is an economic engine, not to mention a Triple A bond rating.”

Still, Henderson recognizes that there is much work to do.  “I feel just like I did in Detroit, I can use this position to reduce some of the disparities and do things a little bit differently and focus on small businesses and our commercial neighborhoods, commercial corridors that have been somewhat ignored.”

Those who get to know Henderson over coffee, or over decades, are struck by the way her personality engages people and pulls them into her vision, or how quickly she affirms the vision of others, empowering them to take risks. “My whole career I’ve been fortunate, like when I talked about Mayor Bing, I’ve worked for organizations that have let me take risks – it’s okay to fail and learn from it. If we’re doing the same thing, we’re not growing.”

In a recent example, a staff member suggested that they do something to connect with Muslim residents during the month of Ramadan.  “I had an employee that came in my office and he said, what if we pick a day and we fast, and then we go and we break our fast at the mosque at Dar Al Farooq Dar. I said, ‘I love that idea’.”

Henderson consulted the City Attorney on how to accept a meal from the mosque in light of the state’s gift law. “So, we got creative in finding a way to ‘get to yes’ and 20 employees went, including our fire chief and public works director; one of our employees brought her daughter. That’s what I want, somebody to say, ‘I have an idea. What do you think about this?’ And then we just go off and we make it happen.”

In a move that really defines Henderson’s first year in Bloomington, she set out to reuse an abandoned fire station for a small business center providing space and expertise for local startups.  Henderson toured the City one day with the senior planner. She recalled, “Everybody loved to show me the new fire station and I did a tour there and it is absolutely beautiful. And I said, where is the old one?  So, we drove by it and I said, ‘there’s nothing wrong with this building.’ I would hope they wouldn’t tear it down.”

Since then, the City set aside $500 thousand from pandemic relief funds for the small business center and the McKnight Foundation awarded the project a grant of $250 thousand.  Henderson is still waiting to hear from the Federal Economic Development Agency on a grant request of $1.5 million.

“The City Council had to make a 20-year commitment to operate the project. I love that I work for an organization whose leadership says ‘we’re in now’ – that is all-in.  It really sends the message that we mean what we say. We are partnering with you.”

Henderson has already flipped the traditional model for economic development on its head. Instead of tearing down a 60-year-old shopping center serving an existing neighborhood, Henderson would prefer to find resources to improve the building while keeping tenants in place.

“We are working on a facade improvement program. There’s a smart team of planners and Port Authority members putting together the criteria.”  According to Henderson, “When you start to do these incremental little things, people notice.”

On the other hand, notes Henderson, sometimes tearing down a vacant building is just the thing that is needed to turn a neighborhood around.  The City is using a grant to demolish an old gas station at Penn Avenue and 90th Street.  Working with the owner of Gyropolis, a Greek restaurant next to the gas station, the corner will be redeveloped replacing a building that sat vacant for 15 years.

In closing, I asked Henderson for the best kept secret in a city known for its proximity to the airport and Mall of America.  “I would say the best kept secret in Bloomington are the youth. The Chamber had this round table where you go and talk about your job.  I met 70 young people and I was blown away by how in touch they are with issues.” On the spot, Henderson offered five students jobs at the City for the summer.

Now the City is working on a program for workforce development helping businesses hire local youth. Henderson is following a model called “BrookLynk” that provides internships to young people in Brooklyn Park and Brooklyn Center.  I don’t know if we’ve done a good enough job of taking that talent and growing it.”

Henderson explained how changing demographics in the city is creating an opportunity to welcome and attract new talent by making sure people feel valued in what they do.  According to Henderson, not only does it help the City recruit and retain people, but they have a better chance of success in their jobs and in their careers.

Bloomington is like many aging suburbs in the country, full of opportunity and challenge.  Sometimes, all that is needed is a strong leader who can unlock talent, ideas and initiative by making people feel heard.