Larkin Hoffman is pleased to honor Jerry Seck as the recipient of the firm’s annual Bob Hoffman Community Service Award. The award is presented to an employee who most exemplifies the spirit of service to the community that was established as a guiding principle for the firm by founder Bob Hoffman. 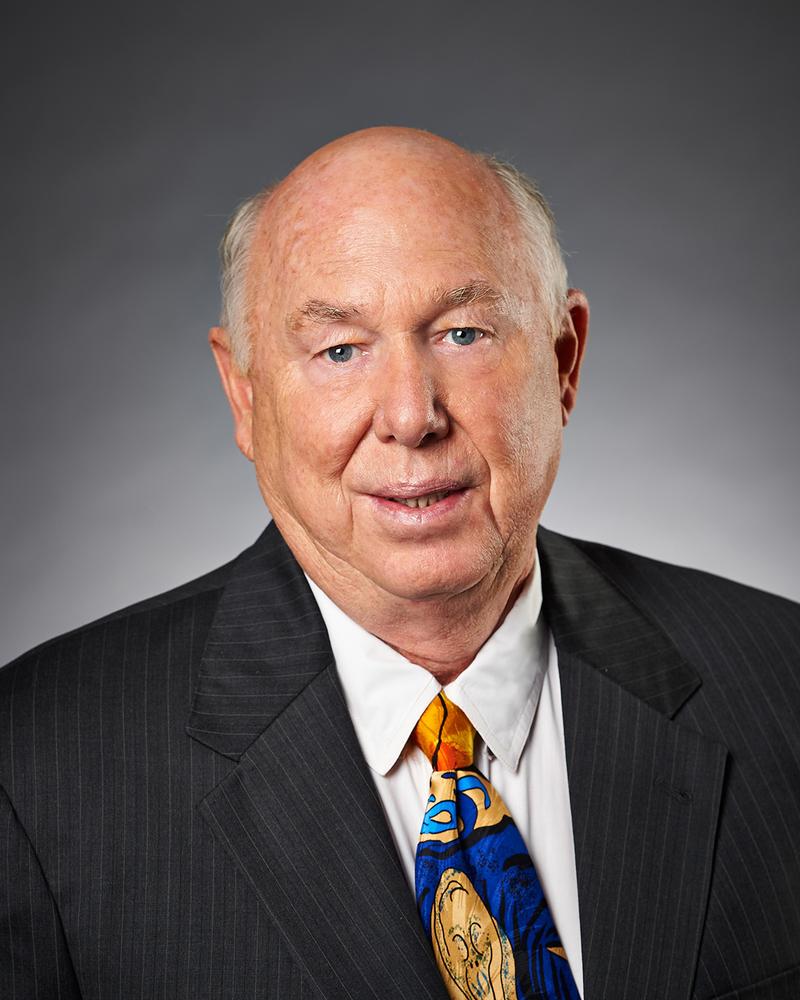 In his early years at Larkin Hoffman, Bob Hoffman mentored Jerry. Bob’s work and desire to be a force of good will in the world inspired him. With Bob’s lessons, Jerry has gone on to serve the community in many ways throughout the years.  He is most proud of his work with the Vinland National Center in Loretta, Minnesota, where he’s been Board Chairman for 33 years. As Karin Holt, a previous Larkin Hoffman attorney, Vinland board member and Government Affairs Manager at Best Buy, put it: “If you know Jerry, you know about Vinland.”

Vinland National Center was originally developed in 1976 to serve people with disabilities the help of a bicentennial gift to the U. S. from the King of Norway. “In the early years, Vinland went through a number of transitions and struggled to survive, but in 1986 Jerry stepped in and not only saved Vinland from closing but he helped to define and grow the organization,” said Mary Roehl, Vinland’s Executive Director. “Over the years his guidance and help has proved to be invaluable.”  Vinland has evolved into the first center of its kind in the United States to develop a substance use disorder program for people with cognitive deficits. It now serves clients with complex needs. Many of the people enrolled in the substance use disorder program are suffering from traumatic brain injuries, other cognitive deficits and/or mental health issues in addition to drug or alcohol addiction.

In addition to his work for Vinland, Jerry is a powerful teacher and advocate to other lawyers in the community and he often includes them in his work as Karin Holt says, “Jerry has been a wonderful mentor to me and many other young American lawyers. He's very determined, generous, and a strong advocate for his clients.”

Jerry takes his mentoring very seriously and not only mentors young local lawyers, Jerry has also hosted and mentored 22 aspiring lawyers from Norway and students from Austria, China, El Salvador and Minnesota. These students come and stay as guests in his home while they intern at Larkin Hoffman. Jerry has also mentored two children whom he met through the Big Brother, Big Sister organization, from the time they were 7 years old until today. He stays in close contact with both of them and their families.

Jerry is known nationally for his connection to the Supreme Court case, Bryan v. Itasca County, which is a landmark case in American Indian gaming. As Director of Leech Lake Reservation Legal Services Project, Jerry represented Russell Bryan, an enrolled Chippewa Indian living on Leech Lake Indian reservation, who was appealing an Itasca County property tax. The case reached the United States Supreme Court, which unanimously ruled in favor of Bryan. The ruling is widely credited with setting the foundation for the American Indian gaming industry.

“It is an honor for the firm to bestow the Bob Hoffman Community Service Award on one of our greatest ambassadors to the community,” said Paul R. Smith, President, Larkin Hoffman. “Jerry has set a high bar for community service.”