This year, Minnesota voters will go to the polls with more decisions to make than any time in the last 20 years. All four executive offices, including the Governor’s office, all 201 seats in the Minnesota Legislature, and all eight of Minnesota’s congressional seats are on the ballot.

Conventional political wisdom says that midterm elections generally go against the party of the sitting President of the United States.  Prior to June, most political pundits saw a strong anti-Biden wave, which would likely carry Republican candidates across the country.  However, with the U.S. Supreme Court’s decision in Dobbs vs. Jackson Women’s Health Organization kicking off a national dialogue regarding reproductive rights, the political waters this fall are much murkier as debates about inflation and public safety have been, at times, pushed to the side.

The Larkin Hoffman government relations team is involved in Minnesota politics at all levels of government.  Our team works with elected officials at the municipal, county, regional, state, and federal levels and has built decades of relationships with key elected and appointed public policy leaders.  This election guide is intended to provide readers with a high-level overview of the myriad of political contests on the ballot in 2022 and highlight some of the most competitive races and those districts likely to determine who has political control of the Minnesota Legislature in January. 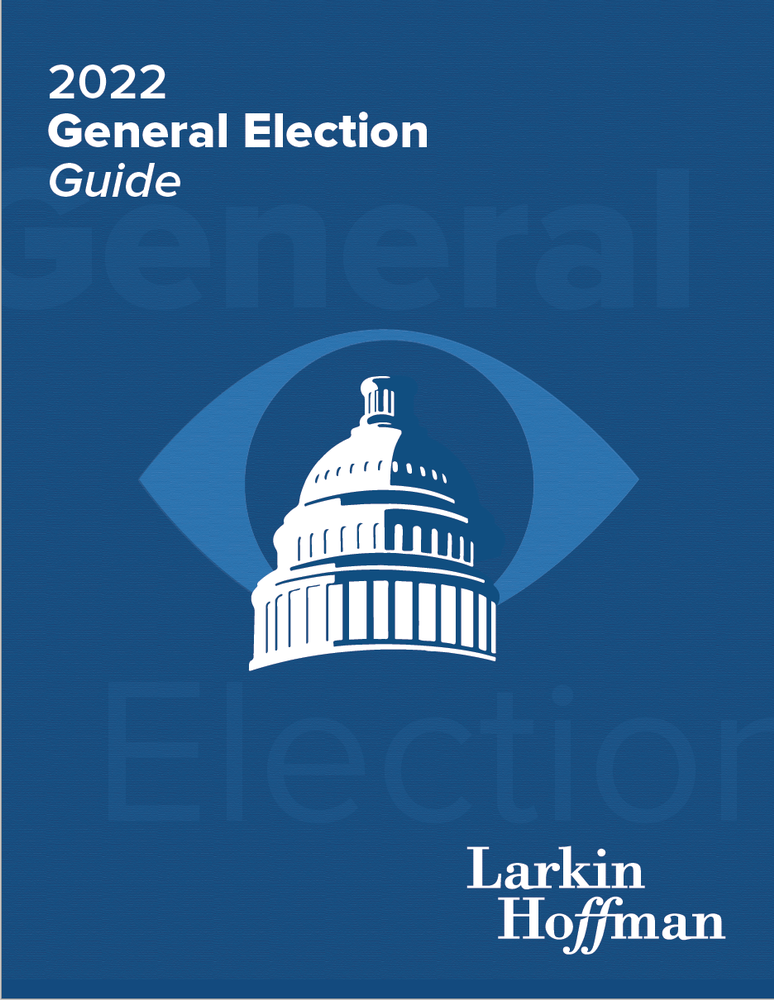