Employees of Larkin Hoffman, friends and ‎family members spent Jan. 15, 2018 sorting and packing food at Second Harvest Heartland to fight hunger in Minnesota and Wisconsin. Monday’s food packing effort marks the fourth consecutive year that the firm has partnered with Second Harvest on Martin Luther King Jr. Day for a day of service in memory of Dr. King. 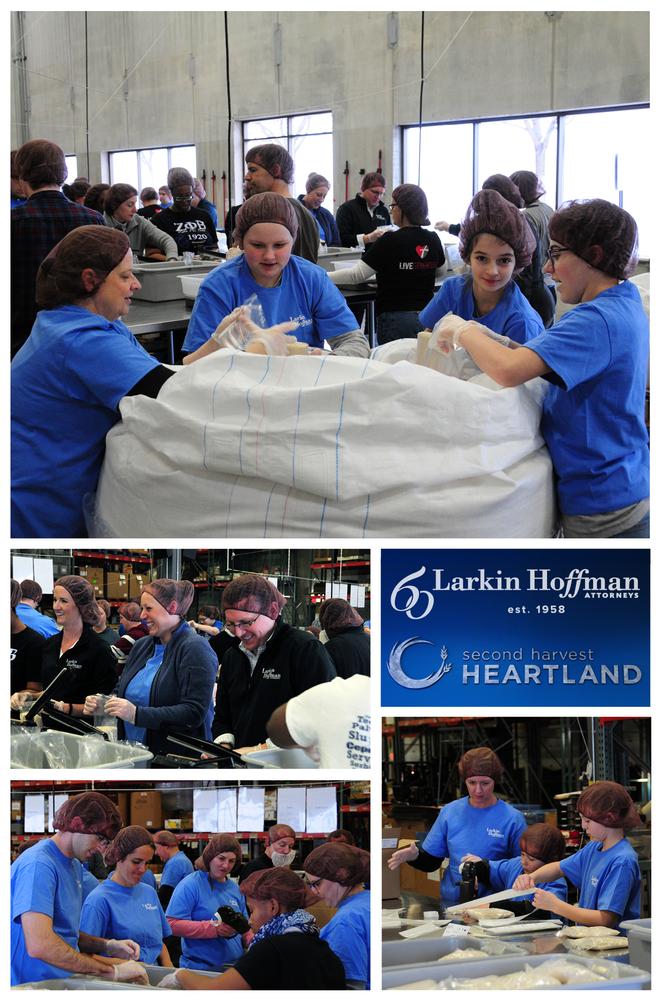 “Each year we look forward to teaming up with Second Harvest Heartland to help fight hunger,” said Dayle Nolan, chair of the firm’s Diversity Committee. “Dr. King was a passionate advocate for community service and our goal is to honor his memory through this act of service.”

Over the course of the afternoon, 29 volunteers from the Larkin Hoffman packed 4,202 pounds of food to be distributed to food shelves in 59 counties in Minnesota and Wisconsin. The food shelves feed children, adults and seniors experiencing food insecurity. 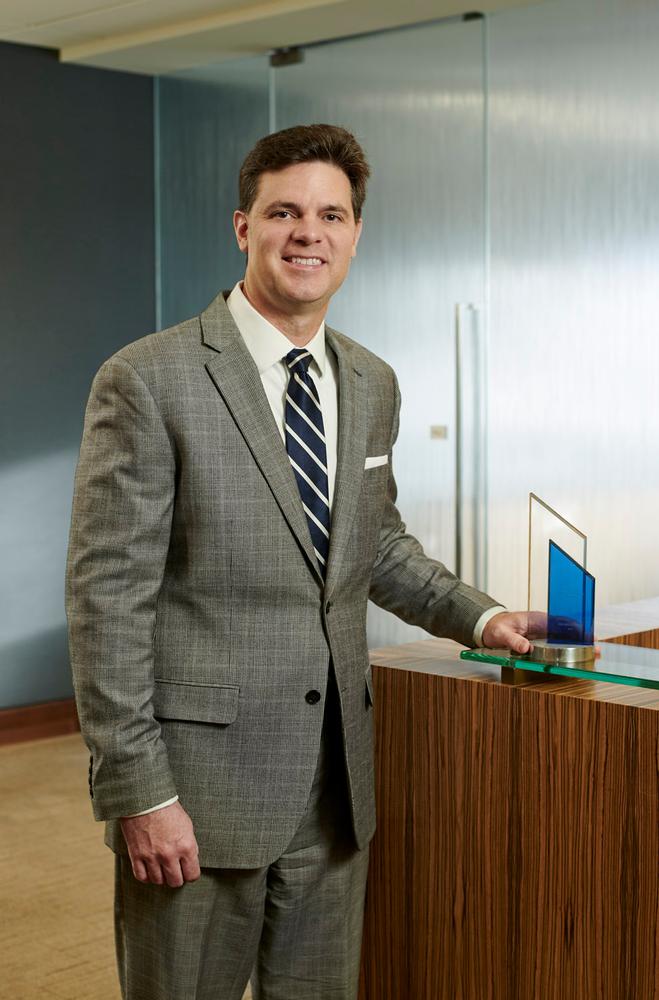 Dan has a distinguished history of community involvement, including his nearly nine years of service as a member of the Board of Directors of Bridging, Inc. “Dan’s work with Bridging and his enthusiastic support of those trying to find their way out of poverty is a source of pride for all of us at the firm.” Larkin Hoffman President Bill Griffith said. “I’m grateful for the opportunity to recognize him for his service to Bridging.”

Dan has been Bridging’s secretary for several of his years with the organization and is the chair of its personnel committee, where he uses his skills and experience at a labor and employment law specialist to provide free consultation with Bridging’s executive director and staff on personnel-related issues. He has also been an avid supporter of Bridging’s fundraising activities. Dan, along with Larkin Hoffman, has sponsored the organization’s well-known “Subway Bedrace for Bridging” at Buck Hill in Burnsville, as well as its annual gala.

Dan is a litigator who represents companies in employment-related claims. He has developed a specialty for handling cases that involve temporary restraining orders. Dan also acts as general counsel for clients across a broad range of industries and represents all types of businesses including senior care conglomerates, manufacturing companies, retail establishments and service firms.

About the Award
Each year, Larkin Hoffman employees nominate co-workers they identify as someone who most exemplifies the spirit of service to the community that was established as a guiding principle for the firm by founder Bob Hoffman. Throughout his career, Bob earned a reputation as a great real estate and land use attorney as well as a man who generously gave back to his community. It is in honor of Bob that the firm established this award.

Last weekend, Larkin Hoffman employees helped The Salvation Army kick off its 2017 bell-ringing season at the Mall of America. Nearly 20 volunteers from the firm took collections at three red kettles located at MOA entrances for 15 hours on Saturday, Nov. 18. The firm also provided direct financial support to The Salvation Army.

On June 25, 2017, more than 50 Larkin Hoffman employees and their family members participated in the 2017 Ashley Rukes GLBT Pride Parade in Minneapolis. Participants walked the parade route in support of Twin Cities Pride, the group’s mission and members of the Twin Cities’ GLBT community.

“Larkin Hoffman has made a strong commitment to diversity and has a long history of supporting community organizations,” Bill Griffith, president of Larkin Hoffman, said.

Twin Cities Pride is a Minneapolis-based nonprofit serving the region’s GLBT community. The organization’s mission is to commemorate our diverse heritage, foster inclusion, educate and create awareness of issues and celebrate achievements in equality. 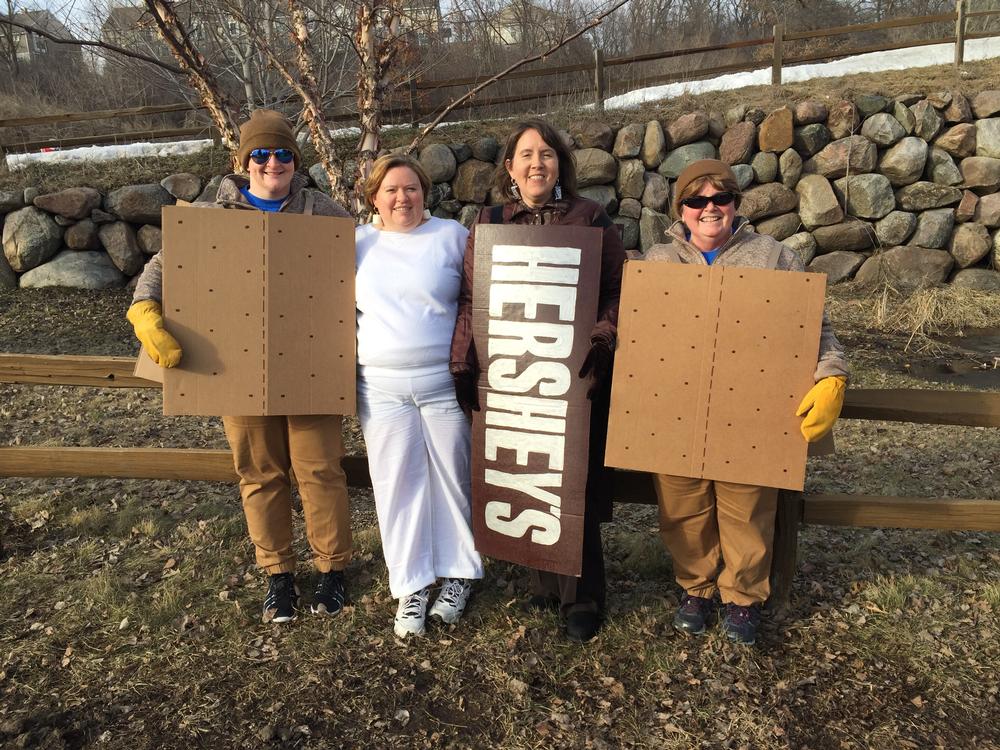 Hundreds individuals and 110 teams participated in this year’s event, which raised more than $80,000. The proceeds benefited Bridging Inc., a nonprofit organization located in Bloomington, Minn. that donates furniture and household items to needy families. Bridging is the largest furniture bank in North America.