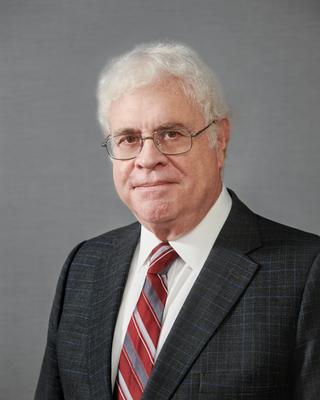 In addition to representing his own clients, Chuck has been retained by a number of franchise companies involved in state and federal litigation, and arbitrations, to testify as an expert witness on franchise issues.  He has also served as an independent arbitrator, and a mediator, in franchise disputes.

Before he went to law school, Chuck managed a franchised quick service restaurant, and was vice president of a sales organization. He also served for 10 years on Larkin Hoffman’s board of directors, and four years as the firm’s chief financial officer. These experiences give Chuck an understanding of the business issues inherent in franchising and in operating a business that most lawyers do not have.

Chuck has been an active participant in the franchise law community for more than four decades and was the first franchise lawyer in the Midwest to be awarded the designation of Certified Franchise Executive by the Institute of Franchise Executives. He has held multiple leadership positions within franchise industry organizations. Chuck served 11 years as a member of the Industry Advisory Committee to the North American Securities Administrators Association Franchise Project Group, which advises state and federal regulators on franchise law issues and trains state franchise examiners.

In 2017, he was recognized by the American Bar Association with the Forum on Franchising’s Lewis G. Rudnick Award, the highest and most prestigious award a franchise attorney can receive, recognizing his experience, professionalism and leadership in franchising. In 2022, he was named by Chambers USA as a "Senior Statesman" in Franchising, one of only 3 lawyers to have achieved ranking in that category.

Chuck has been sought out as an expert witness in franchise cases, addressing not only legal issues but also the custom and practice of franchisors.